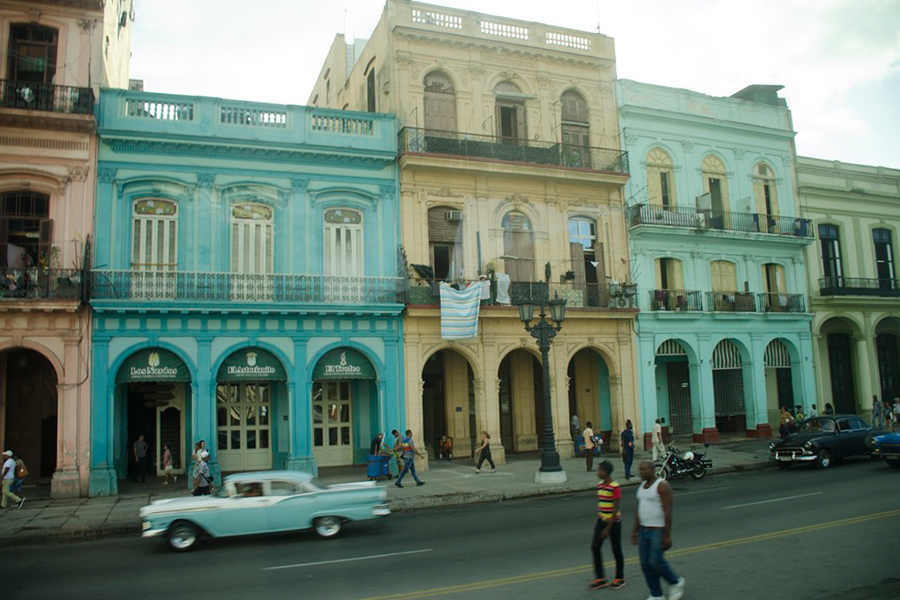 Cuba is one of the last underdeveloped frontiers with the potential to be a great opportunity.  The country has not experienced any serious development since the 1950s.  It would appear that time has stood still for the last 50 years.  What has been developed is old and requires maintenance.  The countryside is mostly agricultural with wonderful mountain ranges and great vistas. The beaches are pristine and the development challenge is picking from a variety of great development site opportunities.  Here are some of my observations from the trip.

As an island, Cuba must obtain the majority of their manufactured goods from trading partners. Grocery store shelves were mostly vacant.  What was on the shelves was an over abundant supply of a product that may have recently arrived in port.  The lifting of the US embargo significantly expanded their trading partner network.

The obvious hurdle to develop in Cuba: the government owns everything.  The development opportunities often require government approval and joint venture agreements with the Cuban Government.  In addition, the government will be your employment agency, charging a fee for provided workers.  There is also a fee to the government when a worker is dismissed from the project. We did see many small renovation projects around Havana and were advised that these improvements are most likely funded by US family members.

There is a start of road infrastructure, but other services are limited. Transportation around the island takes on many forms. The traffic lanes are being used by all forms of transportation at the same time. On roadways comparable to interstate highways, we not only saw cars, but people walking, using bicycles, horse drawn carts, oxen drawn carts, old buses and flatbed trucks used as buses.

Large resort developments will most likely require self-contained services such as water, water treatment, cell phone towers, and power backup, just to name a few.  Prior to our trip, we were told that internet and US phone service would not be available. When we arrived we found that there was a rudimentary internet service at the hotel, very slow and cumbersome. In fact, when attempting to connect to a US website, such as Facebook, the browser would shut down.  A reminder that we were in a Communist Country.

Cuba has two (2) currencies; Convertible Pesos & Cuban Pesos. The Cuban Pesos are used by locals to purchase government subsidized products. The Convertible Pesos are used by tourist visiting the Country and, when converting, the Cuban Government taxes the conversion. For example, to exchange USD money, the tax is thirteen percent (13%), while converting other currencies, the tax rate is less than half of that amount.

The average Cuban income is approximately USD$20.00 per month. Our guide shared that a doctor’s salary ranged from $600 to $1,000 a month, and the highest paid Cubans are those involved in the tourist industry. The result: very little money reaches the hands of local citizens.

Several nights we were able to venture on our own to different restaurants; we found the food inexpensive & spectacular! Cubans grow most of the food consumed by the existing population; however, with the potential influx of tourists, the country will quickly outstrip there resources. The issue is that the government lacks cash reserves and purchasing power that limits the amount of imports to the country. One solution discussed would be to consider a cruise liner for your Cuban trip; where housing and food would not be a problem.

In Cuba, healthcare, housing, and education (grade-school thru grad-school) are provided by the government, for all citizens, free of charge. Unfortunately, the Country is also broke from “Entitlement Programs” like these. This sparks an opportunity for Cuba to open its borders, trade with countries around the world, and generate cash flow.

Even with limitations that must be addressed, Cuba reminds me of a story of two shoe salesman who went to Africa.  The first salesman writes back, “This is a terrible market, no one wears shoes” and the second salesman writes “What a great market, everyone needs shoes”.