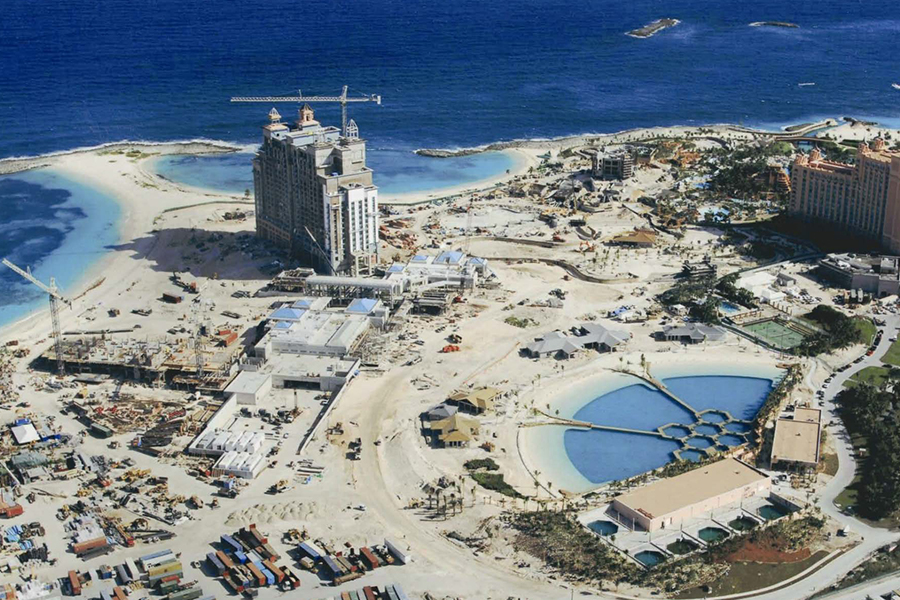 27 Apr Vision – Beginning with the End in Mind

Set your vision first – Never under estimate the power of a vision.  Having worked with a number of the world’s top visionary hotel developers, creating iconic projects and helping shape those projects has been stimulating and fascinating.

The common thread with our successful clients, especially those that create iconic buildings and resorts, is that they have a clear vision of what is to be developed. Their success comes from their ability to effectively and passionately communicate that vision.  The design and construction teams become implementers of that vision.

Walt Disney was an extraordinary leadership pioneer.  His dream for Walt Disney World continues to grow and expand today because he clearly-communicated his vision to the team of designers, engineers and contractors. At the Grand Opening of Disney World in Florida, one of the contractors commented that it was a shame Walt did not live to see his dream become a reality.

Mrs. Disney said, “Oh no, Walt had clearly seen every detail of this marvelous project completed long before you ever started.”

Another great leader was John F. Kennedy who in May 1961 declared his bold vision for the United States Space Program; “Put a man on the moon and return him safely to earth by the end of the decade.” This was a grand goal that appealed to the American spirit of adventure and challenged the country to excel in the space race.  While working on the Apollo/Saturn V Museum at the Kennedy Space Center, I was amazed by the vast strides in new technology and the equipment created to achieve the Country’s and space program goal.

One of the world’s top visionary hotel developers who clearly-communicated his vision and boldly-lead his team is Sol Kerzner. Known as one of the top industry innovators, Sol spent time creating a vision, focused on his #1 core value: Blow away the customer.

He was able to communicate his vision, excitement and passion to the design teams. While working with him on the Atlantis Resort in the Bahamas, I watched him put together a team that created a unique property, loaded with new ideas and concepts that raised the guest experience to new levels.

A “Project Vision” must be in constant view, written down and, when practical, create a picture. Disney was adamant that the “Magic Kingdom Castle” be constructed first so the entire construction team had a daily reminder of what they were building. Kerzner shares his passion for creating amazing experiences and everlasting memories to people all over the world. He created a team that refused to settle for “good enough.”

As an Owner’s Representative, our role is to understand and accomplish the Leader’s vision; on-time and within budget. I believe Teddy Roosevelt said it clearly; “The best leader is the one who has sense enough to pick good men to do what he wants done, and the self-restraint to keep from meddling with them while they do it.”