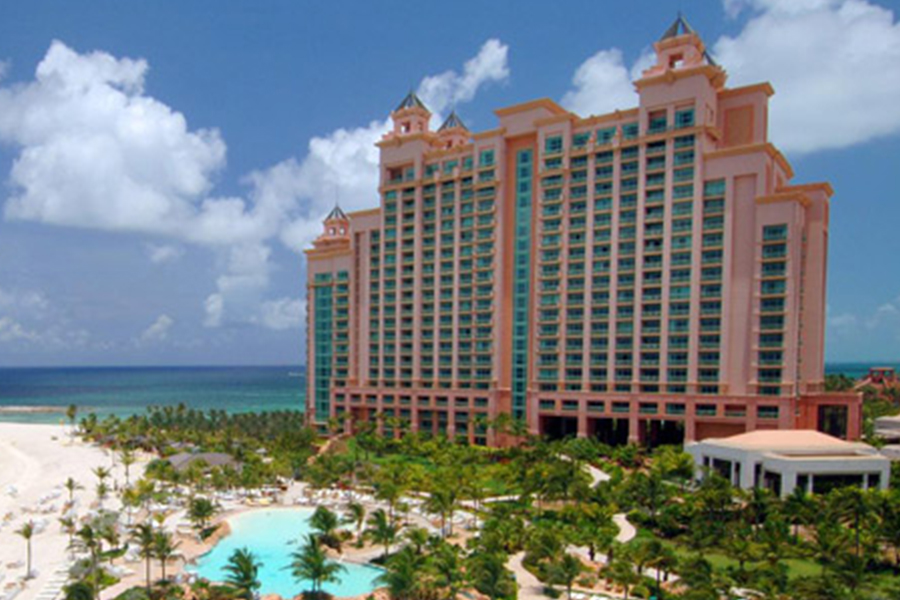 Large development programs needed a method of cost control during the design process.  Often these programs are so complicated that tracking design changes becomes a laborious task and feedback on a series of changes can take days or weeks to develop.

ASTM Standard E1804 was developed to aid the process of how to look at large development programs and simplify the estimating process to achieve quick feedback for the design changes. This standard, coupled with the Uniformat, enables the cost expert to quickly ascertain the impact of a change and provide cost feedback to the design team.  This process works for simple and complicated large development programs.

This paper will use the third phase of the Atlantis Hotel expansion.  The challenge for this $800 Million program was to update the estimate as the owner and designers would discuss and evaluate multiple design solutions.  The ownership’s process was to bring the design and engineering teams together to evaluate a variety of design solutions.  These teams needed direction from ownership and one of the key elements in their decision making process was the cost impact of the proposed changes.  Ownership had to provide direction to the design teams when design solutions were raised.  Too often the design team and owner want days or weeks to determine the cost impact of their changes.

Most large development programs are made up of smaller components that can be treated as a sub group.  When the project team was tasked with estimating the third phase of Atlantis, the entire program was subdivided into the workable components, such as Hotel, Water Park, Dolphin Experience, Condo Tower, Spa, Site Development, and Convention Center expansion.  The subdivided projects could be estimated as a separate components acting independently of each other.

Each of these building systems act in concert with each other and can quickly be checked on a macro level.  It is important to note, that this method of approaching an estimate has been successful for bridge, roadwork, and manufacturing processes.  We are using a building as the basis for this paper.

Key quantities can be easily determined for the size and scope of the building. When information is not limited, the cost estimator can prepare quick parameter estimates for the systems enabling the designer to understand the impact on each system.  The real value of the estimator is enhanced when they can quickly provide answers to design changes or the impact of “what if” scenarios. This enables the design team to determine the course of action without a long delay to re-estimate the project.

For the purposes of the Atlantis Hotel Component, key quantities were developed and from those quantities a majority of the estimate could be prepared.

Key parametric quantities include the total square footage of the building area and the perimeter linear footage of each floor.   From these two quantities a majority of the building can be estimated, plus when one of the quantities change, the estimate can quickly be updated to reflect the change.  The key to developing quantities for this method of estimating is anticipating what quantities will change and developing unit prices based on the unit of measured used.  When a quantity changes during the design process, the entire estimate can be quickly updated without a significant time period for recalculation or loss of accuracy.

The cost of the structure is budgeted based on a square footage cost from the structural system.  In a hotel, the lower floors are often constructed from a steel frame with concrete deck and the tower component is often a concrete frame.  Each has a different square footage unit price in preparing the estimate.

Structural Basements often have foundation walls and are quantified base on linear footage by height.  The most successful method of pricing is creating a linear footage unit cost enabling the estimator to change the entire foundation wall estimate based on the design team’s change in the basement perimeter walls.

The linear footage of perimeter by floor enables the estimator to determine the building exterior quantities as some floors will vary in height.  The type of exterior skin treatment will often change based on the floor level.  For example, the ground floor of a building will often have a different finish than the upper levels. From these quantities a majority of the estimate is developed.

During early design stages, the design of the exterior wall system is often unknown.  There is a general idea based on a concept; however, final details are certainly not available.  What is measurable is the perimeter of the building by floor.  From this quantity the estimator can determine the total area of the building and special treatments, such as parapets.  We often create a model by taking a small section of the elevation and develop a unit price for that wall section.  From the estimate model, a linear foot unit price is created for the estimate.  When the design team changes the concept, perimeter, floor heights or any other variable, the estimator re-estimates the model to modify unit price or adjust the quantity of linear footage to arrive at the new estimate for the entire exterior skin.

Roofing quantities are normally the building footprint or the largest floor plate of the building.  Simply, if there is a structure it should have a roof.  Some building designs will have overhangs and other cantilevered structures modifying the quantity, and the estimator must adjust the quantity for these conditions.

Most buildings have a limited number of “types of rooms” (i.e. lobby, public corridors, and guestrooms) that will be finished with similar materials.  Estimators develop a simple finish schedule for each area and define what material is to be used on the floor, walls, ceilings and any special conditions needed to be consider for that area.  A square foot unit price is then developed for that room type.  Often designers will adjust the plans by modifying the building areas.  This method enables the estimator to quickly update the estimate for such changes.

Estimators will then quantify the area of the specific room types to include in the estimate, multiplied by the room type unit price.  Our experience has been that during the conceptual stage the design team will change the guest room count, the layout or size of the room, but will rarely change the finishes.  Changes to the room finishes will come later; however, the estimator and the designer have already had a conversation on what the type of finishes are in each of the room types providing a basis for understanding a cost change when the design starts to modify the room finishes.

These are the unique – one off – items for the estimate.  An example of building specialties is the special roof structures on the Atlantis hotel building or monumental stairs.

Quantities are developed for elevators, escalators, moving walks and dumbwaiters.  Our practice has been to quantify these items by type of conveyance, the height or distance traveled.  Corresponding unit prices are developed.

Most CFM loads for Mechanical HVAC systems are based on square footage and therefore the conceptual value for a building can also be established base on this parameter.

Fire Protection systems are also based on the area to be covered.  The square footage of a wet or dry pipe system is often the easiest method to establish a project budget for these systems.

Plumbing Systems are based on the building people load.  This can be derived from the building square footage and therefor using the building area to establish the initial project budget is the best parameter for conceptual estimates.

Special lighting systems can be handled as bonus line items for the specific elements or based on the building area.

Lightning projection is calculated based on the building perimeter, plus any roof lines that cross the building.  A unit price per linear foot is an easy method to update the estimate.

When budgeting a large development programs the only “sure thing” is that the design will be changed.  Preparing an estimate based on the ASTM E1804 Standard enables the cost consultant to establish an estimate system that can be updated quickly so cost information can be provided to the design team in a quick and cost effective manner.   This standard, coupled with the Uniformat, enables the cost expert to quickly ascertain the impact of a change and provide cost feedback to the design team.  This process works for simple and complicated large development programs.